Posted on September 9, 2020 | by CelebrityStocksToday

Anne Pitcher, Group MD, Selfridges has been announced as the winner of the 2020 Bold Woman Award by Veuve Clicquot.

The 48th woman to be honoured with the award, Anne is recognised for her work in promoting leadership roles for women in fashion, anchoring the business growth strategy in sustainability and driving retail innovation with great care and consideration for its people.

The Bold Woman Award is a modern evolution of the Business Woman Award which has been running since 1972 and is the first and longest-running international accolade of its kind. Since they began, the awards have acknowledged women pioneering across all fields of business, celebrating those who share the same qualities as Madame Clicquot, an original trailblazer known for her enterprising spirit, as well as her courage and the determination necessary to accomplish her business goals.

Celia Pool, Co-Founder of DAME, has been awarded the Bold Future Award by Veuve Clicquot for her outstanding contributions to the sustainable development of female products. The Bold Future Award celebrates women who have led with innovation to become pioneers in their industries. Previous winners include exceptional entrepreneurs  Stephanie Alys, Founder of MysteryVibe, Cassandra Stavrou, founder of Propercorn and Kathryn Parsons MBE, Founder of Decoded.

The business environment has always presented challenges for women, in particular female entrepreneurs. Just one year ago the Alison Rose Review of Female Entrepreneurship showed that only one in three entrepreneurs were women, with access to funding, risk awareness, primary care responsibilities and perception of skills identified as the key barriers. The 2019 Veuve Clicquot Barometer found that while women attach more importance than men to being their own boss (72% vs 65%), they faced considerable societal barriers. 60% of aspiring female entrepreneurs believe they’ll need to work harder than their male counterparts to be successful, while 62% of current female entrepreneurs believed that running their own business full time disturbs family life.

Today, following the initial shock of the global health pandemic, there are already signs that female founders are being harder hit than their male counterparts. One startup fund reported that applications from female entrepreneurs have halved since the start of lockdown, while for men applications were down just 17.5%.

In recognition of how valuable extra support for female entrepreneurs is at this time, and in lieu of an award ceremony this year, Veuve Clicquot and this year’s winners will be partnering with professional networks AllBright, The Dots and Her Hustle to offer a series of “Bold Conversations” to inspire the next generation of business women.

Anne was promoted to Group MD of Selfridges Group in 2019, following an exceptional career within the brand which began in 2004.

The judging panel was impressed with the significant financial success of the brand under Anne’s leadership, within an increasingly tough retail environment. Anne has overseen a period of unprecedented commercial performance and growth with the latest figures showing sales reaching a record £1.85 billion. With Anne at the helm, Selfridges has continued to raise the bar by setting industry standards in extraordinary customer experiences, delivering on its commitments to sustainability, curating leading fashion brands and driving innovation.

The judges also praised her for how, in these turbulent times, she is stepping forward and taking the lead in steering the business through transformational change, showing great care and consideration for its people as Selfridges continues to show the way in reinventing retail.

Anne has used her role as Group MD, across 26 stores in four countries, to grow more than profit. Championing female representation and increasing the number of women in leadership positions has been a strong focus of her time in this role. Anne has overseen the development of the Selfridges apprenticeship scheme, with 80% of those taking part in the scheme being women.

Under Anne’s leadership, Selfridges became the first fashion retailer and department store to join the Tech Talent Charter, which has helped to develop the company’s proactive strategy to increase the number of women in STEM-based roles.

On receiving the award, Anne Pitcher commented:  “I am honoured and humbled to have won the Veuve Clicquot Bold Woman Award from among such an exceptional and talented group of women shortlisted. I believe women are showing the world there is a new and different way to lead, built on creativity, courage and respect for people and the planet. Leadership is also collaborative and I would like to give my heartfelt thanks to all of my colleagues throughout Selfridges Group who make it such an inspirational place to work. The last few months have been among the most challenging of my career. Receiving this award is wonderful encouragement to continue our task ahead to reinvent retail for a sustainable future.” 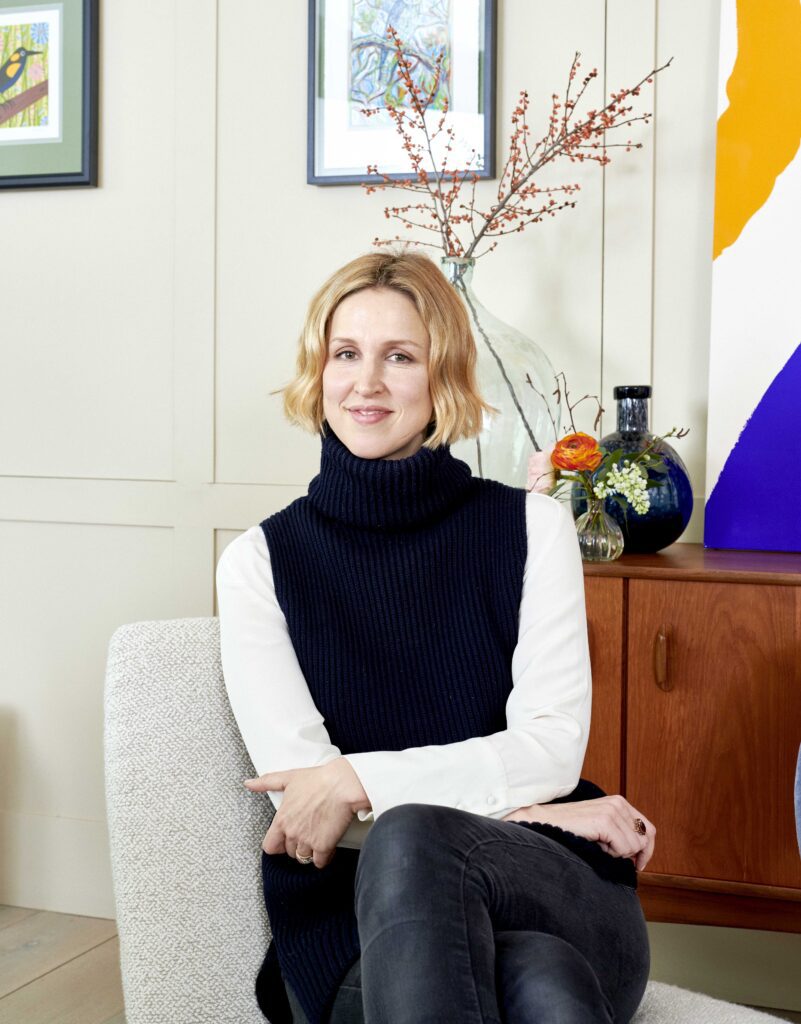 Celia Pool co-founded DAME in 2018 and since has saved over three million plastic applicators going to landfill through sales of their reusable plastic tampon applicator. DAME is also the first brand in the sector to receive the Carbon Neutral Plus certification.

Celia was recognised by the judging panel as a true innovator who successfully broke into a market dominated by global brands. Having taken the brave step to pivot her pre-existing period subscription service into what it is today, Celia has proven herself to embody the same enterprising spirit as Madame Clicquot, as well as a commitment to sustainability values.

The judges noted Celia’s contribution to sustainability within the female products industry is not only helping reduce plastic pollution but is also contributing to better health for women. Celia has turned the conversation about menstruation around and encouraged empowering, positive language to be used around the subject and creating a brand that looks high quality and is completely sustainable.

Celia has actively worked with women at every stage of the development, engaging female lawyers, designersand medical engineers. Celia forged a partnership with an organisation in India, where the cotton bags for DAME are produced by domestic abuse survivors, providing them with crucial income.

Celia Pool said on receiving the award:  “It’s inspirational that there are awards like these. There are millions of women who deserve awards every day for the work they do; it’s wonderful to have won the Bold Future Award and to join such a prestigious network of previous winners. At a time where reports show that it is women who are taking the strain of domestic and childcare chores during the pandemic, where they are more likely to be made redundant than their male counterparts, and where we are hearing about the racial bias many women face in the workplace, now is the time to galvanise and support all those women around us. I’m also grateful that within DAME we are all focused on expanding female potential and building on the principles that the Bold Awards recognise.”

Jean-Marc Gallot, President of Veuve Clicquot, commented: “This year’s winners are truly exceptional business women who have demonstrated pioneering female leadership and innovation that have not only contributed to the success of their businesses but growth in their industries too. Honouring Madame Clicquot’s spirit, both reflect her trailblazing characteristics that made Veuve Clicquot the business it is today. Madame Clicquot took risks and pushed boundaries at a time when women weren’t even able to open a bank account, and it is an honour to be able to celebrate women pushing new limits today.

This year is different for so many reasons, making the purpose of the Bold Woman Awards – inspiring the next generation of business women by celebrating role models – more important than ever. Despite this year being our first year not to hold a physical awards ceremony, we celebrate our winners and their achievements through inspiring conversations with others.

Our desire to encourage women to be bold, to assert themselves and to take the plunge pushes us ever further. Providing visibility and stimulating debate is the best way to increase the presence of female talent in the world of entrepreneurship and to fulfil our commitment: to inspire a new generation of enterprising women”.