New Brexit farming policy: great for the environment, but not for small farmers 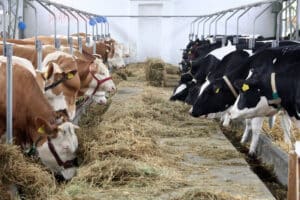 Following the announcement by the UK government of new funding rules for agriculture to replace the EU’s CAP following Brexit small tenant farmers and the beef and sheep sectors are set to suffer.

The government’s new Environment Land Management (ELM) system has been well received by many but tenant farmers and the beef and sheep sectors can be forgiven if they don’t feel overjoyed.

The difficulty is that to unlock the top-level funding for environmental projects, under tier 2 and tier 3 of the new ELM system, farmers will need a lot of land, as projects like reforestation or the restoration of wetlands are only feasible on farms of a certain size.

The system may therefore reward larger landowners at the expense of smaller farmers, who don’t own their own land and threaten sectors such as livestock who can’t use their land for environmental purposes so easily.

“This is ironic as the current CAP system, which is based on the amount of land farmed, is often criticised for rewarding larger landowners. The new system doesn’t seem to change much on this front. What’s more, UK livestock farmers are under further threat with the prospect of cheaper imports, with lower welfare standards, following Brexit, so now is an especially bad time to put them at a disadvantage for funding.

There are still opportunities for some in the new system, principally for farmers looking for new revenue streams as well as those looking to exclude unproductive areas from crop rotation, and those looking to create habitats to enhance the environment. Overall, farmers need to start planning now, as the new funding system begins to phase in next year, with the pressure points likely to be in 2023-24 when support given under the old system will be substantially reduced.

Read more:
New Brexit farming policy: great for the environment, but not for small farmers