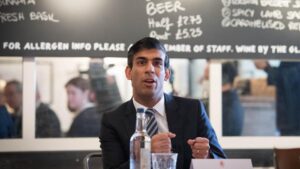 Small businesses have asked the chancellor for millions of pounds in additional support to get them through the latest coronavirus restrictions.

A second round of grants, a new German-style reimbursement scheme for lost trading, improved terms for state-guaranteed bounceback loans and income support for the newly self-employed are needed, the Federation of Small Businesses (FSB) has said.

With less access to credit, small firms, who employ 60 per cent of private sector workers, have been among the hardest hit by the pandemic.

The government has provided support totalling £34.4 billion, including £21.1 billion in grants and business rates relief, according to the Office for Budget Responsibility. Almost 1.5 million small firms have also taken one-year interest free bounceback loans of up to £50,000, totalling £43.5 billion.

However, Mike Cherry, chairman of the FSB, has written to Rishi Sunak to say that “fresh restrictions have brought renewed disruption and financial pressure for the many small businesses affected”.

The FSB proposals, which are estimated to cost at least £25 billion, include a new “revenue loss scheme” that would reimburse small businesses for the financial impact of a significant loss in custom. The German version of the scheme cost about €11 billion a month. The FSB also called for a second round of £10,000 one-off grants, plus targeted grants of up to £25,000 for small firms in retail, hospitality and leisure.

Earlier this year the chancellor introduced a “pay as you grow” plan that lengthened the repayment period for bounceback loans to a decade and allowed businesses to take repayment holidays or switch to interest-only loans, at 2.5 per cent.

Mr Cherry has called for greater flexibility, including a “student loans approach, which means that loans are only paid when the company is profitable”.

About 300,000 self-employed workers who have not qualified for support because they were not operating for three years before the scheme came into force could be admitted by accepting their 2019-20 tax return, the FSB added.

“Some [businesses] had to close their doors at a few hours’ notice during what should have been the busy run-up to Christmas,” Mr Cherry said.