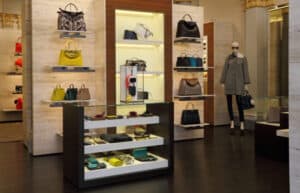 According to the research data analysed and published by Sijoitusrahastot, the global personal luxury goods market had a 23% decline in 2020.

Europe had the highest regional fall during the period, tumbling by 36% to €57 billion.

Asia had the second largest yearly decline at 35%, while the United States fell by 27%. For the global market, it was the first decline since 2009 and the largest on record. China was the only country to record growth, rising by 45%.

Consultancy firm Bain cited the drop in global tourism as the main cause of the decline. The worldwide market is expected to grow by 15% in 2021. However, Europe is expected to lag due to the uncertainty surrounding Brexit.

Luxury brands in the UK, such as Mulberry and Chanel expressed concern about the scrapped VAT rebate scheme. CPP-Luxury states that tourists account for two-thirds of Europe’s luxury sales.

In the UK, Chinese tourists only account for 5% of non-EU tourists. However, they account for almost a third of VAT rebates. According to the CEBR, non-EU visitors to the UK could reduce by 7.3%, resulting in a loss of £1.8 billion in sales.

Moreover, based on a study by New West End Company, the decision to scrap rebates will be costlier to the economy. From a potential revenue of £2.1 billion which would have come through the rebate scheme, the country will have a £3.5 billion loss. in total, the UK economy will take a net hit of £5.6 billion. On the bright side though, Walpole estimates that 80% of luxury goods in Britain are destined for overseas markets.

Get the daily email that makes reading the news actually enjoyable. Stay informed and entertained, for free.
Your information is secure and your privacy is protected. By opting in you agree to receive emails from us. Remember that you can opt-out any time, we hate spam too!