Nicole Junkermann’s perspective on the next agricultural revolution 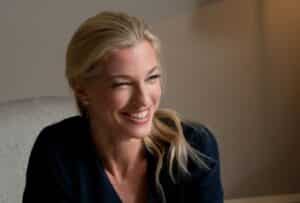 Innovative technology is the driving force behind the future of food.

It is the key to the next agricultural revolution; refocusing the world’s agricultural system to become more nutritious and less environmentally damaging.

After the Second World War, food shortages and famine were rife. As a result, the Green Revolution was born and productivity skyrocketed worldwide. This huge increase in crop yield has now been coined “the paradox of productivity”, which in turn created a new series of crises – a less efficient food system, obesity, environmental degradation, and climate change.

We have now reached a fork in the agricultural road: one path is to continue farming on an industrial scale, the other involves revolutionising our food system to focus on sustainability, nutrition and protecting the environment.

Since the turn of the century, agricultural technology, also known as AgTech, has rapidly changed the food industry. According to Crunchbase data, in each of the last two years, venture capitalists invested $4billion in start-ups in the AgTech space and 2020 is set to top this. With mounting pressure placed upon governments and international trade bodies to achieve their sustainability goals, it has been essential that modern farmers embrace technology to meet their targets.

But technology is now advancing at such a rapid pace, that we are seeing a fourth agricultural revolution coming through. This involves the use of AI, machine learning, drone development and robotics.

There are various ways drones are used throughout the crop cycle. From producing 3-D maps for early soil analysis, aerial planting of seeds and nutrients over mass distances, through to irrigation management where drones with thermal sensors can identify which parts of a field are dry or need improvements. Drones are by no means new technology, but their usage is now becoming common-place and they are an essential part of improving sustainability in agriculture.

The use of robotics is another essential facet of the next agricultural revolution. Robotics are most commonly used for harvesting and picking due to their accuracy, speed, and ability to reduce crop waste. Robots also have the capacity to relieve workload and increase profitability while reducing the impact on the environment.

Gene editing involves making precise changes to the DNA of a particular species. Until now, EU rules made gene editing almost impossible, however in the wake of Brexit, the Government has launched a consultation on using gene editing to modify livestock and crops in England.

However, this technology massively divides opinion. Some experts say that gene editing has the ability to create healthier, more sustainable food, where animals could be resistant to diseases and crops require fewer pesticides. Others argue it is an unproven technology which does not take into account animal welfare, ethical, or public concerns. The consultation will run until March 17 when we will find out if gene editing will be part of the next agricultural revolution.

Advancement in biotechnology, including being able to grow meat in laboratories, is another feature of the next technology revolution. Consumers are now fully aware of the ethical and environmental impact of the meat industry. Lab-grown food products offer a sustainable solution and have the potential to disrupt the agricultural market as we know it.

But it is not just lab-grown products; the manufacturing of alternative proteins has become immensely popular. According to a study by Polaris Market Research, the global plant-based meat market size is expected to reach USD 35.4 billion by 2027. I am proud to be an investor in two plant-based companies. The first is ALOHA, a company committed to making the healthiest, best-tasting plant-based protein products. The second is JUST, a plant-based alternative with a similar flavour, texture, and colour to chicken eggs. This product can be scrambled, knocked up into an omelette, or used in baking and rice-based dishes.

The future of agriculture lies in technology-based advances. Whether it is outside on the farms using drones, 3D maps, and machines, or inside laboratories fine tuning genes or producing meat free alternatives. It is vital that we continue to embrace and advance this technology to make the world a safer, more sustainable place.

Read more:
Nicole Junkermann’s perspective on the next agricultural revolution