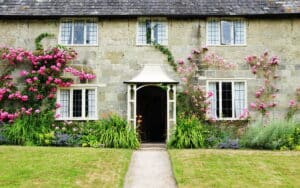 Tens of thousands of second-home owners who falsely register their properties as holiday lets in order to claim tax breaks tax face a clampdown by the taxman.

HMRC will tighten rules to force holiday landlords to prove they have made a realistic effort to rent properties out for at least 140 days per year. There are suspicions that many simply declare that they will do this but leave the properties empty.

Declaring a home to be a holiday let means that it is exempt from council tax and owners pay business rates instead. A total of 60,000 properties are registered in this way. However, HMRC says that 57,600 of these properties — or 96 per cent — have been declared as having a rateable value of £12,000 or less, which means they are also exempt from business rates.

In effect, this means that they are getting their rubbish collected and other services provided for free.

In addition, Treasury officials say that some of these owners may have milked the system further by claiming coronavirus support grants of up to £9,000 each to replace lost income; officials suspect that they would never have achieved this income because they had no intention of letting their properties out.

A Treasury source said: “At the moment, the criteria says that all you need to do is say that a property will be rented out for 140 days per year, but someone can say that and not actually be letting the property out.

“Clearly, some will also have claimed coronavirus support but we don’t know how many. We are going to force people to account for the claims they make.”

The Treasury was said to be increasingly concerned about a widespread tax dodge because the number of properties registered as holiday lets has gone up from 47,000 to 60,000 in three years. It will publish full details of the clampdown, and the penalties home-owners face, in the coming weeks.

The announcement made up part of a tranche of Treasury statements and consultation documents to mark what the department has dubbed “tax day”, although they did not declare any new proposals to raise personal taxation.

Nimesh Shah, chief executive of Blick Rothenberg, the accountancy firm, said that the number of coronavirus grant applications would have piqued HMRC’s interest. “I wonder if this measure was brought home by the number of claims that were made,” he said.

Chris Etherington, a partner at RSM, said: “It seems some taxpayers have been taking advantage of the government’s generosity to date. The announcements made today help to ensure that relief from council tax and business rates are targeted at the appropriate recipients — namely those with furnished holiday lets who are genuinely trying to be entrepreneurial and run a business. It’s a sensible step to try and stop a small minority claiming relief when they shouldn’t and welcome news for local authorities who will have a boost to their revenues.”

From April, APD will stand at £13 for economy class short-haul flights, rising to £82 for long-haul travel, which typically includes all destinations outside Europe and North Africa.

However, in a consultation document published today, the Treasury said that it was considering creating a new band for the longest flights — those of 5,500 miles-plus — along with a cheaper rate for UK domestic journeys.

It said that this would “better support the government’s environmental objectives by strengthening the principle that those that fly further incur a higher rate of APD”.

It suggested that the current broad bands failed to properly recognise the level of carbon dioxide (CO2) released from different flights. A flight from London to Perth releases about 50 per cent more CO2 than the journey from London to New York, although APD is charged at the same rate.

The report indicated that a new band above the existing £82 rate would cover Mexico and some countries in South America including Peru, Chile and Argentina. In Africa, it would cover flights to South Africa, Mozambique and Madagascar. It would also cover large swathes of East Asia and Australasia, including Japan, Thailand, Vietnam, Malaysia, Singapore, Indonesia, Australia and New Zealand. The suggested new rate is not spelt out.

The consultation also confirmed plans, first raised this month, to cut the short-haul APD rate for domestic flights. It is likely that the existing £13 rate will be halved for flights taking off and landing in UK airports. This is intended to “level up” the economy and generate business for regional airports.

“Domestic air connectivity has an important role to play within this, particularly by linking those areas where road and rail alternatives are not available or take a long time,” it said. The consultation runs until June 15.