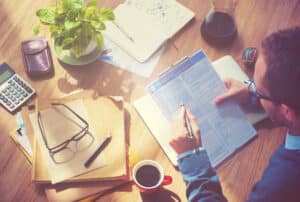 Despite the current unemployment rate, the number of people applying for roles in December was the lowest in five years, with 2.2 million job applications made.

That’s according to the latest real-time statistics from the world’s largest network of job boards, Broadbean Technology

Job seekers have their biggest holiday in five years

Broadbean’s data revealed that there was a 34% drop in the number of people applying for jobs last month when compared to the same time in 2019 and there were 45% fewer applications than in December 2016. In contrast, the number of vacancies being advertised were down slightly less (32%) suggesting that many people took ‘a holiday’ from their employment search as uncertainty impacted confidence levels at the end of last year. This fall in applicant numbers is also in keeping with the recent extension of the furlough scheme suggesting that more employers have utilised the scheme in recent times.

2021 gets off to a good start despite third lockdown

Elsewhere, the data revealed that despite the UK entering lockdown once again, vacancies were up 4% in the first week of January when compared to the middle of December, suggesting that many employers are remaining resilient in the current environment. In addition, and perhaps unsurprisingly given the huge rise in remote working practices witnessed since the onset if the pandemic, the data showed that ICT jobs rose by 7% over the same period.

Alex Fourlis, Managing Director at Broadbean Technology commented: “While 2020 was a year like no other and the impact the pandemic had on vacancy levels comes as no surprise, what is interesting – and perhaps quite unexpected – is that jobseekers were seemingly missing from the market in December.

Our data shows a divergence from the normal seasonal fluctuations we see at the end of the year and, due to the effects of Covid and the extension of the furlough scheme, this past December saw a large decline in jobseeker activity. In fact, we saw the lowest applicant rate in five years that was lower than the decline in jobs posted due to the holidays.

Looking forward, however, it is encouraging to see that 2021 has got off to a good start with vacancy levels up when compared to the middle of December. It remains to be seen how the employment market fares in the coming weeks and months, though. With the vaccination programme in full swing and many employers better able to facilitate remote working we are quietly confident that the positivity we have seen so far will continue.”