The excluded remain so, but the fight for Forgotten Ltd remains 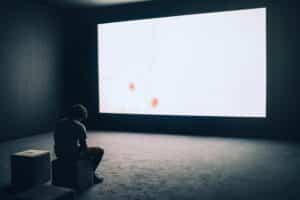 Many people have tuned in to see money expert Martin Lewis campaign for the people excluded from Government help and assistance during the Covid-19 crisis.

Are you seeing #excluded everywhere and want to understand the issue or lend a hand to the cause? Here’s the low down on it directly from Forgotten Ltd.

Founded by Gina Broadhurst and Philippa Lurcock in April 2020, the #ForgottenLtd campaign continues to lobby Rishi Sunak and the Conservative government on a daily basis, calling for fairness and equality for small limited companies excluded by the UK Government’s coronavirus financial support packages.

There are 2 million small limited companies in the UK, and they employ 7.6 million people. 700k of these companies are sole director businesses.

A threat to the backbone of the British economy – the issue

This group have been called the ‘backbone of the British economy’, are seen as entrepreneurs and risk takers and were a key component of the 2008 recession recovery plan, following the banking crisis. They inhabit every constituency in the land and contribute positively to local communities and the economy.

Until 2020, the Conservative party had regarded small business owners as a core part of their voter base and had propagated the idea that the Conservatives were the ‘party of small business’ – and this had reaped votes, even when corporation/dividend tax rises and IR35 were brought in over successive years.

However, in the past 11 months, this collaborative relationship has been badly damaged. When the Chancellor announced the coronavirus finance packages that were being made available to businesses in the UK in March last year, he made a mistake. He omitted to put in place a specific scheme that would support small limited company directors and their businesses.

After 11 months of lobbying the Treasury to make amends, there is still no meaningful support in place for owner-directors and their businesses. To date, a proposal has been put forward, written by tax expert Rebecca Seeley Harris, Re Legal Consulting:  the Directors’ Income Support Scheme proposal (DISS), which was presented to Jesse Norman, Financial Secretary for HM Treasury, late last year by Rebecca, #ForgottenLtd, the FSB and ACCA.

A coalition of small business leaders, tax experts and company directors have mapped out the measures needed to provide support to 2 million actively trading limited companies in the UK, which collectively employ 7.5 million people.

Running on the same parameters as the Self-Employed Income Support Scheme (SEISS), the Director’s Income Support Scheme (DISS) is based on the trading profits of the company, which are contained in the corporation tax return, and could be self-certified because unlike the self-employed, the director of a limited company has certain duties in law.

The director would only be able to claim for one directorship in the entity which they have the greatest income and must declare that they intend to continue to trade and either, are currently actively trading but have been impacted by reduced demand due to coronavirus; or were previously trading but are temporarily unable to do so due to coronavirus.

The Targeted Income Grant Scheme (TIGS) is designed to be a targeted solution for specifically identified groups that have been excluded from meaningful government support. The DISS is included as part of the TIGS proposal.

The DISS is still in discussion, but there has been no decision made on the proposal to date.

Where are the #excluded today?

Shirley Craven from ForgottenLtd said: ‘With great hopes from the #ForgottenLtd, and other campaign groups, for the DISS and other proposals to be incorporated in the Budget last week, the Chancellor dashed the hopes of many by announcing only the inclusion of the newly self-employed for SEISS, during his speech.

‘A Corporation Tax freeze for micro-businesses with trading profits under £50k was welcomed but will only help a fraction of the hundreds of thousands of businesses who still need support and whilst the Restart grants will be made available to many, home based businesses have again been cut out of this support by the Chancellor.

‘Side stepping the need to support small limited company owners, this means that the jobs of the 7.6 million people that #ForgottenLtd businesses employ, continue to be at risk, in addition to the continued rise of insolvencies and business closures. This is unconscionable and the burgeoning welfare bill and loss of taxes will be a drain on the British taxpayer for years to come.’

Campaign founder, Gina Broadhurst said: ‘It would appear the Chancellor is determined to leave owner-directors set adrift, without lifeboats and rapidly sinking.

‘The ramifications of a budget that does not address the disparity of support, will continue to be felt throughout 2021 and beyond, as insolvencies and redundancies snowball.

‘The further extension of furlough is only a good investment if the jobs are there for the staff to return to: we believe this is an incredible gamble to take with up to 7.6 million jobs. Ultimately, it is a bitter blow for there to be no positive news for #ForgottenLtd businesses in the budget.’

The #ForgottenLtd campaign team continue to discuss the DISS with HM Treasury, to find a way to provide the support solution the #ForgottenLtd so desperately need, for both their personal income and a financial package for their businesses.

If you would like to lend your support or services in any way to the campaign, contact your MP or be involved in any way, please see this page.

Many thanks to Shirley Craven for her time and effort in clarifying the issue to Business Matters so we could bring it in its truth to our readers.

Read more:
The excluded remain so, but the fight for Forgotten Ltd remains