Special purpose acquisition companies fall out of favour with investors 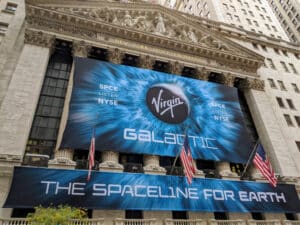 After an wave of special purpose acquisition companies, known as Spacs, the tide appears to be turning, with some of the highest-profile examples now under pressure

Spacs — or blank-cheque funds — are shell companies that raise money via initial public offerings before listing on a stock exchange. Then they search for an acquisition, typically a private company. Once a deal is finalised, the Spac takes its target public by absorbing it and its investors take a slice of the new company. If no deal is done, the fund is liquidated and investors are refunded.

Two months ago shares in Sir Richard Branson’s VG Acquisition Corp surged to $17.65 when it announced its merger with 23andme, a genetic testing firm. It has since fallen by 42 per cent to $10.20.

Shares in Churchill Capital Corp IV have halved since its combination with Lucid Motors, an electric carmaker, was announced on February 22. In the weeks since FinTech Acquisition Corp confirmed its deal with eToro, the trading platform, its shares have dropped by more than a quarter.

The chairman of one Spac described the market as “way overcrowded”, bemoaning the role of “jam tomorrow-type companies” in the glut. “I thought last year was the peak,” he said. “Now in a few months it’s been beaten.”

There are 553 active Spacs, according to Spac Research. Of these, 120 have announced mergers and 433 are still hunting for a target.