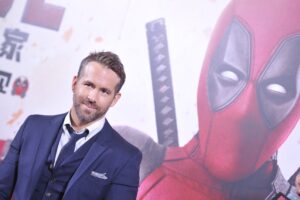 Wrexham fans have overwhelmingly voted in favour of a club takeover by Hollywood actors Ryan Reynolds and Rob McElhenney. The A-Listers’ offer was approved by over 98% of the Wrexham Supporters’ Trust.

The acting pair impressed fans with their vision to make the National League team “a global force” during a meeting a week ago. Out of more than 2,000 trust members eligible to vote, 1,809 approved, 26 were against and nine abstained.

“The Wrexham Supporters Trust Board would like to thank all members who took the time to vote and take part in the process relating to the Extraordinary Ballot,” read a statement from the trust. “There was a significant turnout for the ballot at 91.5%.

“Subject to final agreement, league and FA confirmation the RR McReynolds Company, LLC will take 100% control of Wrexham Football Club Limited from the WST. Both parties will now proceed with finalising the details of the takeover, and we will update Wrexham supporters as soon as we can.

“The Wrexham Supporters Trust Board would like to thank Mr Rob McElhenney and Mr Ryan Reynolds, and their advisors Inner Circle Sports and Walker Morris, for their professional and considered approach and for the time they have already put into the process. As Wrexham supporters, we would like to wish them the very best of luck in charge of our Football Club and look forward to what the future brings.”

A message from our owners-elect…

The proposed takeover could lead to £2m being invested in the club, which has been in fan ownership since 2011. Reynolds and McElhenney have promised to use their money, marketing and fame to help the Welsh side return to their past glory days of the 1977-78 campaign where they made it to the FA Cup quarter-finals and clinched the Third Division title. And have revealed plans for the non-league club to star in a Netflix-style documentary to chart their rise under the actors.

Reynolds told the WST meeting on 8 November: “We want to be at the Racecourse Ground as much as possible – as many games as I can make. We want to have a pint with the fans. You’ll be fed up of us! We want to be great ambassadors for the club, to introduce the club to the world and be a global force.”